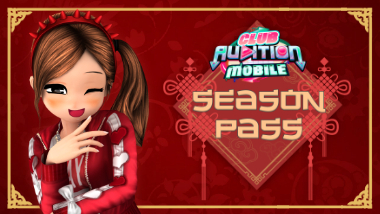 Heya Clubbers~!
Season Pass is a new feature that will make everyone gain more rewards and to spend more time dancing. Whether you’re playing alone or with fam or friends, you’ll be rewarded with a variety of prizes and a limited edition special costume. When buying a Royal Pass and Premium Royal Pass as well. Let’s take a look at what this new feature has to offer!

Once your friends have entered the game, you’ll find a gold season pass on the left side as shown.

Then you can click into it to check out seasonal missions and rewards.

Details about the Season Pass: 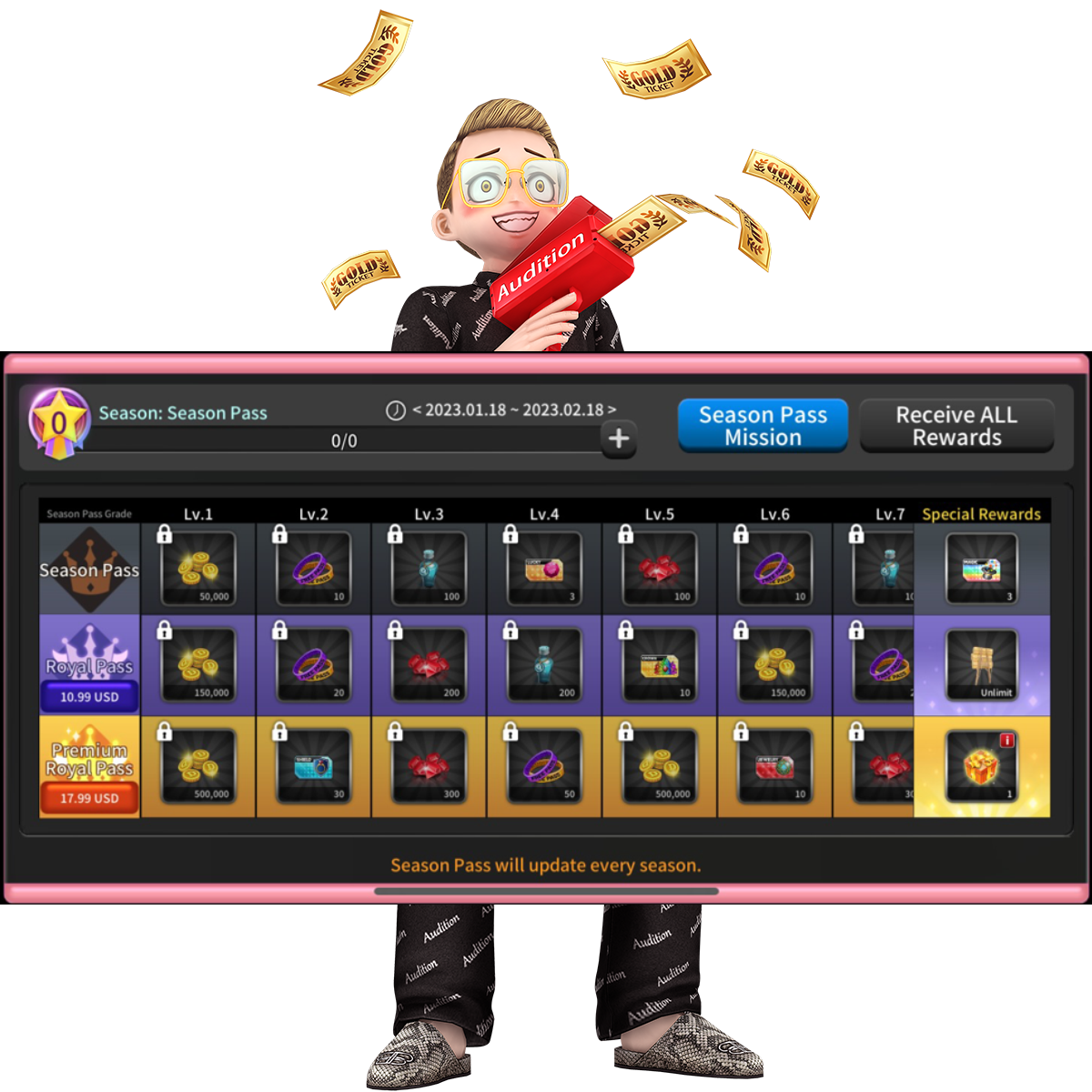 Once the player has entered the mission page. Missions for the Season (free line) 6 missions and 4 Missions for Royal (fill line) will be played, with one day players being free to play 6 missions, and the refill line will be able to play 10 missions, which missions will be reset every day, as well as missions that are still played.

Each mission has 10 stages, which means players can complete up to 10 missions, but conditions will also be more difficult to adjust with each step. 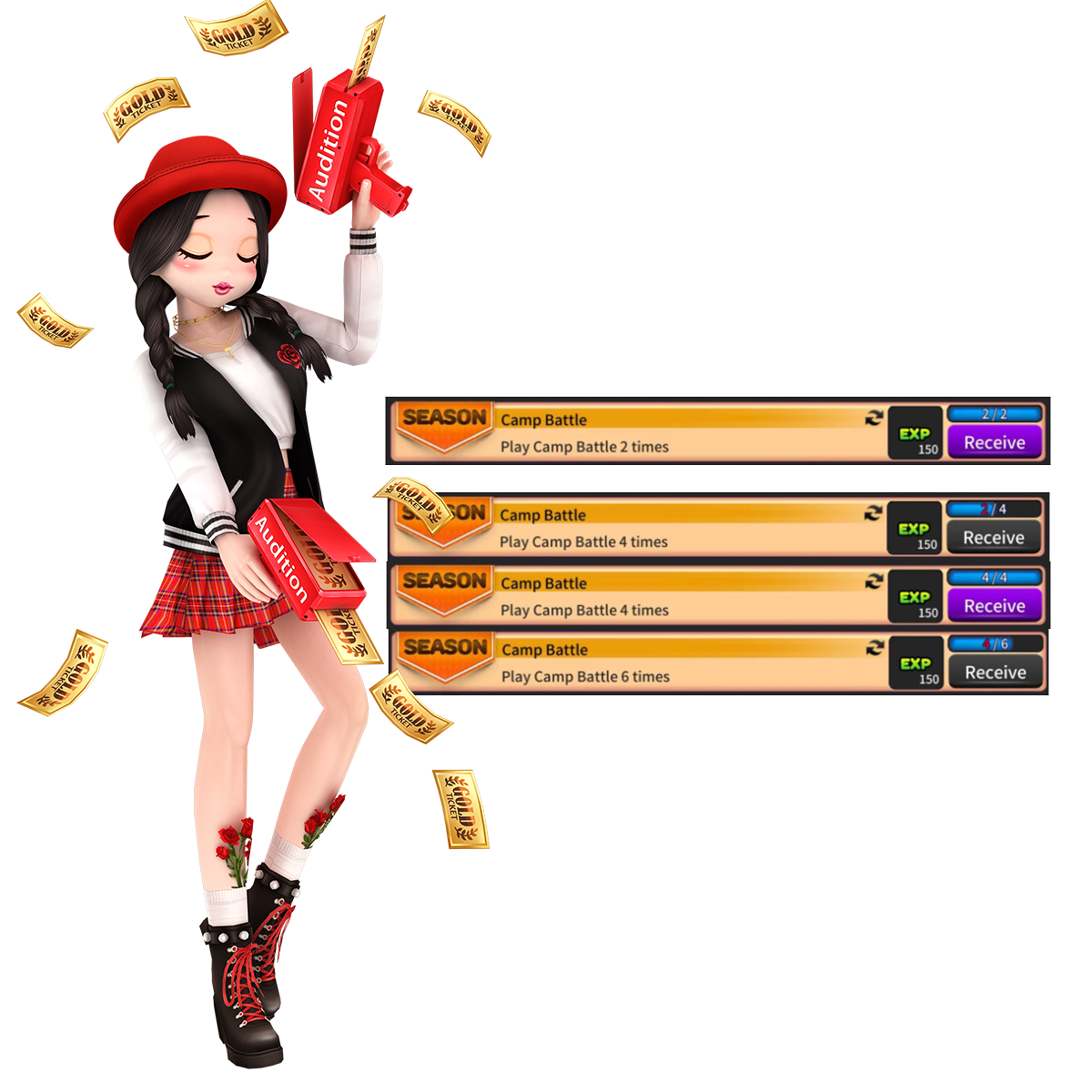 Once a player has cleared each mission, the mission will be marked CLEAR and the player will not be able to play that mission again until the next
day. If there are any missions that players don’t like or don’t want to play, they can press randomly for free 3 times a day by simply pressing the black arrow button as shown.

But if you haven’t found a mission that you like, you can see a green button which you can use to reset and can be purchased for 500 Ruby per 1
reset.

Once you’ve accumulated EXP from missions to level up, players will be able to instantly click on the rewards according to the level and type of Season Pass on the Season Pass page. 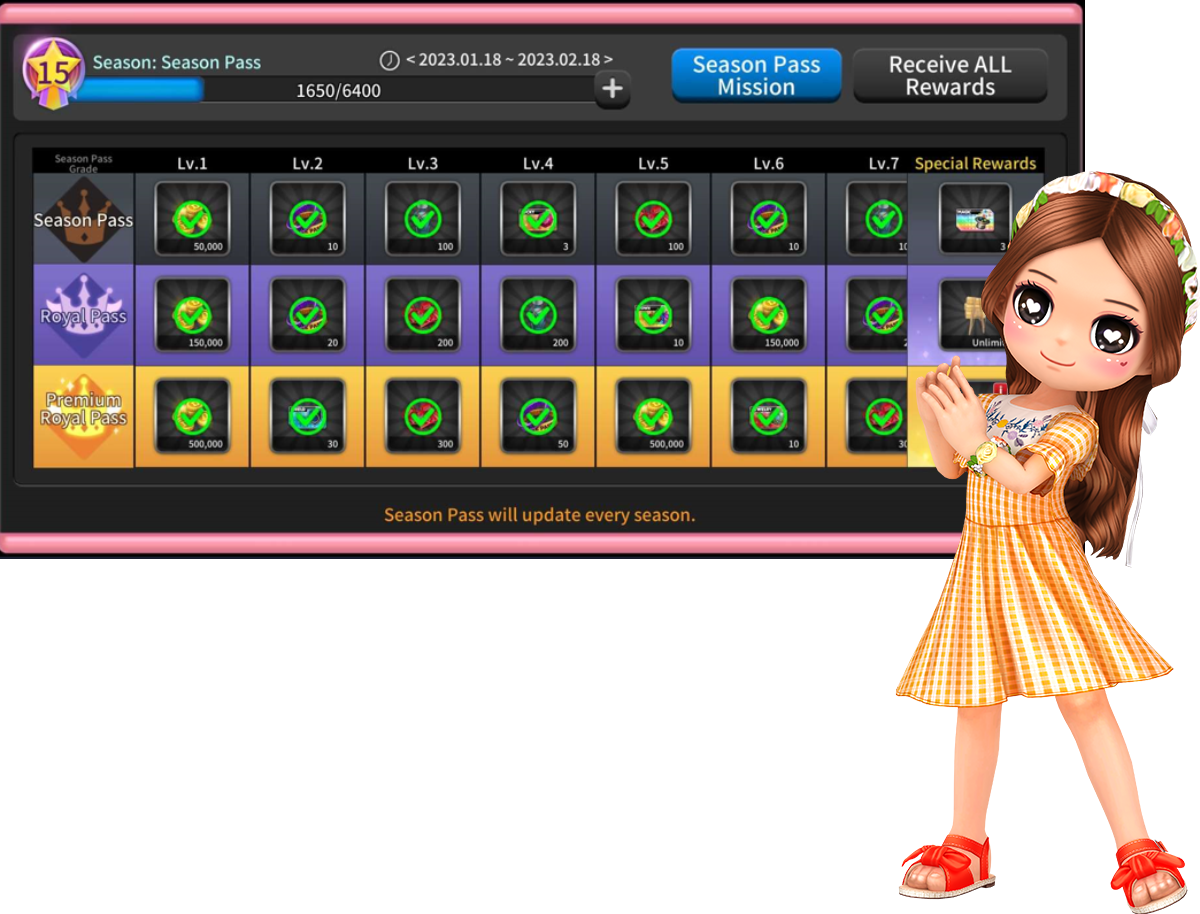 Rewards vary for each level or type of Season Pass. Royal Pass special prizes will be changed every season.

*The team reserves the right to change the details and conditions of the feature without prior notice.